The best practice is to of course sensibly weigh up the situation. I'm not opposed to any confrontation but am quite aware that some scumbags carry knives. So I'd likely just take my catapult up through the skylight onto the roof and repel the vermin whilst the wife calls the cops. Just how much fun would that be?

n brown said:
nearest i got to this is when i left my van unlocked on the drive ,and found a large man and 2 big dogs asleep on the floor
Click to expand...

stewheeler said:
People think some of us escape the worlds problems, It is no excuse to attack though and just shows some people don't leave the playground behind. I must say in general a well travelled experience is a good secondary education. Jealousy looms large and Tory economies are back with their fickle unpredictable nature.

I presume you haven't read the forum rules re politics?

Robmac said:
I presume you haven't read the forum rules re politics?
Click to expand...

We came 2nd in Eurovision because everybody loves Boris.

trevskoda said:
Well osifer i was just cleaning my G dads old ww2 bayonet as you do, when the intruder forced his way in accidentally falling on the blade.
Click to expand...

maingate said:
We came 2nd in Eurovision because everybody loves Boris.

maingate said:
We came 2nd in Eurovision because everybody loves Boris. 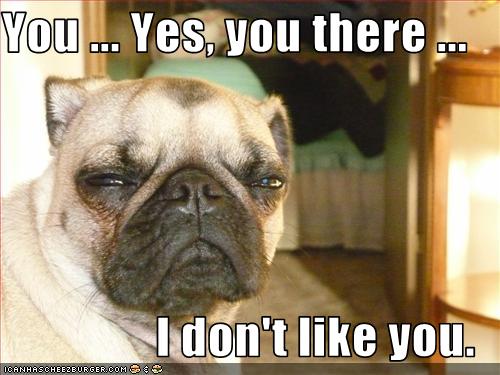 Boris would wine and dine, and then leave it with a litter.

campervanannie said:
I do keep a rounders bat and ball in my van for the granddaughters to play with.
Click to expand...

Vanterrier said:
But if you keep a BFO baseball bat in the cab for just such occasions... would the rozzers think that reasonable or have you planned something?
Click to expand...

Which is why keeping a ball as well as a bat is a good idea.

Keeping a bat for self protection is not smiled on.
Keeping a bat and ball for the grandkids, and grabbing the bat as an "opportunistic weapon" whilst fearful for your own and your family's safety is a different kettle of fish.
If you find yourself talking to the police always ask “Am I being interviewed as a suspect or a witness?” If the reply is “suspect” demand legal representation and refuse to make a comment until you have it.

The most threatening event was Tangier in 2001 when I was left with no option but to get physically involved with a persistent intruder, it ended badly for both of us.

As a general rule simply making your presence known is enough, but sometimes you need to get loud.

If and when you park in a exposed position then take sensible steps, ensure your way out is clear, don't drink too much and be prepared to leave in a hurry.

izwozral said:
Once in a pub in Manchester, four lads came in already hissed as a pewt and were getting louder by the minute, when one of them grabbed a girl the landlord stepped in, all 5'6" of him and skinny as a rake. He politely told them to leave, the reply was less than positive so the landlord walks away, 30 seconds later he came back with a paviours maul and once again politely asked them to leave, he got the same response, a load of foul language. Quick as a flash he swung the maul right into one of the lads groin which completely disabled him. He asked the three remaining lads to leave or get the same treatment, they shot out faster then a sprog from Jordans fanny - they left their 'mate' behind, groaning and writhing on the floor. Two blokes grabbed him and dragged him out and there was a definite couple of thuds and a couple of yelps. I guess they stuck the boot in for good measure.
Just about everyone clapped the landlord and offered to buy him a drink, which he refused, he told them to buy the staff drinks instead.

Not MH related but it's the sort of thing I would love to do to anyone I caught sniffing around our MH except with an iron bar I carry around. It's a door jamming bar officer, honest, here let me show you how it works!
Click to expand...

Just looked up a paviours maul,obviously for banging in tent pegs..

trevskoda said:
And if they box you in ?
Click to expand...

no one boxes you in with your back to the wall..
You must log in or register to reply here.

Users who viewed this discussion (Total:261)