Some people, I am afraid, just want to read what they believe to be true.

The only paper I have ever bought on a regular basis was the Telegraph when I used to commute into London.

kensowerby said:
Well you can say what you like about the news papers but I think they are fantastic, they are the best source of fertiliser

for my veg patch other than the genuine item

Theres me thinking the Mirror was a true reflection of the truth.

Robmac said:
The only paper I have ever bought on a regular basis was the Telegraph when I used to commute into London.

Excellent sports coverage and an excellent crossword.
Click to expand...

I bought it every Thursday for the overseas jobs ... and the crossword.

Two or 3 years ago I would consume multiple news outlets. Eager to get as wide a perspective as possible if a story interested me I'd search multiple sources. And it was fascinating to see the same tale told with slightly different information ... but often repeated. So political slant is very obvious.
when the virus broke out it was impossible to find variation. Sources that previously could be relied upon to give counter arguments or different quotes joined the copy a paste journalism which is killing debate. So I stopped reading/watching.
which is great
Except when masks were mandated I hadn't a clue. So on the down side for me there is no virus and I had no idea petrol pumps were changing. Walking into the supermarket to folk masked up was a shocker. Seeing 95 on the pump handle was confusing.
On the plus side there is no virus in my world. It completely vanished. The day I stopped watching the news.

I dip in occasionally. Wondering what's going on around the world. But weeks can have passed but the stories are the same? Feels like Groundhog Day.
It's been an interesting exercise.
So I have researched bits and pieces over time and the funny thing is once you step away from mainstream the variety of opinions and ideas is vast, but glance back at mainstream and it's like looking into Alice's looking glass, a crazy picture distorted.
I think the days of believing what we read are over. And, with AI capacity to mimic humans so completely, the days of believing what we see are too. Real time photographic manipulation is going to be a huge problem. How do I know what Justin Trudeau or Priti Patel did or did not say if voice recognition and real time manipulations are possible?

it's a pity. I recall when the BBC was respected worldwide as the impartial, informed and straight talking news provider. It's a loss to our nation to have had them lose credibility. But when they used old footage during the Afghanistan conflicts (a truck full of "dissidents" used as the correspondent described the rallying of troops... carrying an Iraq flag or some such and once I spotted that the instances became the norm), they lost their position of trust.

I decided the solution is to focus on community. I wanted to be world aware but can't. So. I narrow my field of vision to that which I see in real time with my own eye. And entertain myself with scientific papers and government debates. The closer we get to source the more reliance we can put in the info. But even then there are discrepancies.

Occasionally the news brightens your day 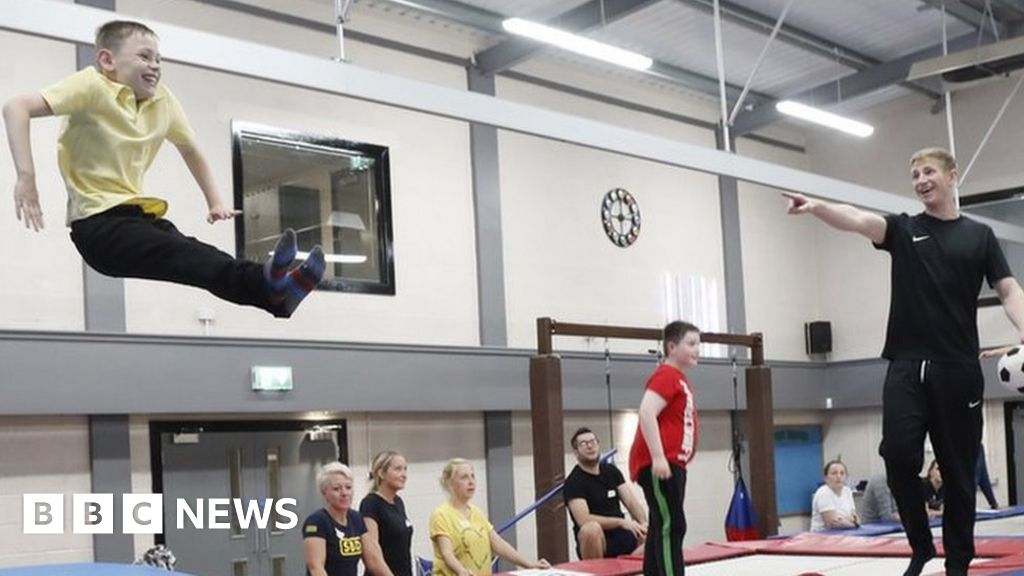 Rebound therapy: The zero-gravity exercise that gets children screaming 'more'

Trampolines can be fun, but for those with physical and learning difficulties they can also offer a gravity-free way to exercise.
www.bbc.co.uk
You must log in or register to reply here.