We are now 20 months on and the van went into storage with the insurance company when the years insurance ran out as obviously it was uninsurable and they did not want to insure it again so it spent 7 months sitting in a recovery yard at £15 a day ( their expense). Then when they realised they were paying they sent it to a repair garage where it’s been for almost a year. A door was eventually ordered from Hymer and arrived this April. You couldn’t make this up! It arrived the wrong size so another one has had to be made. The door costs £5000 so I’m glad it wasn’t my fault it was wrong. With a waiting time of 16 weeks the next door should now be here but still absolutely no word where this door is.
WHAT WOULD YOU DO NOW! 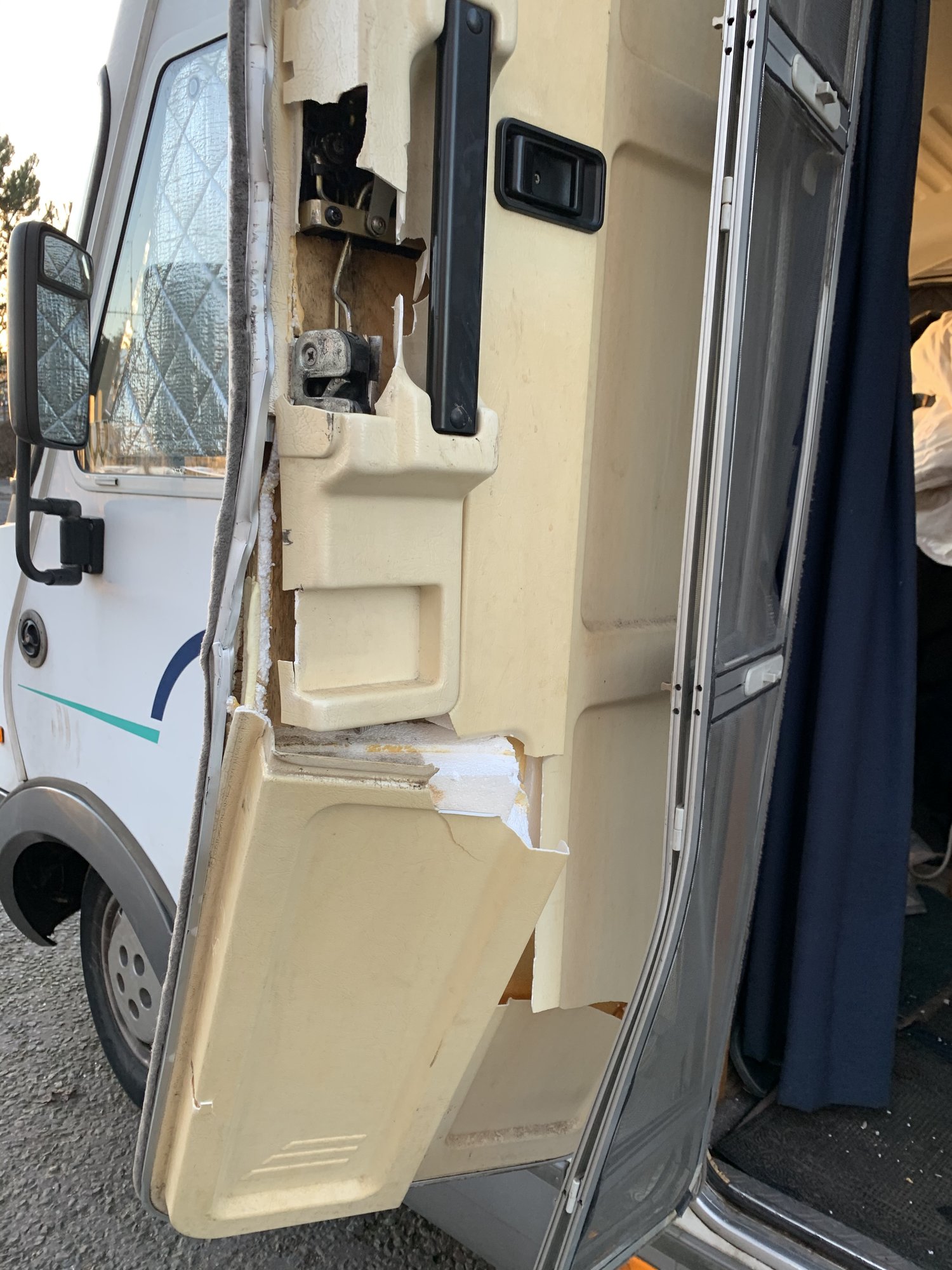 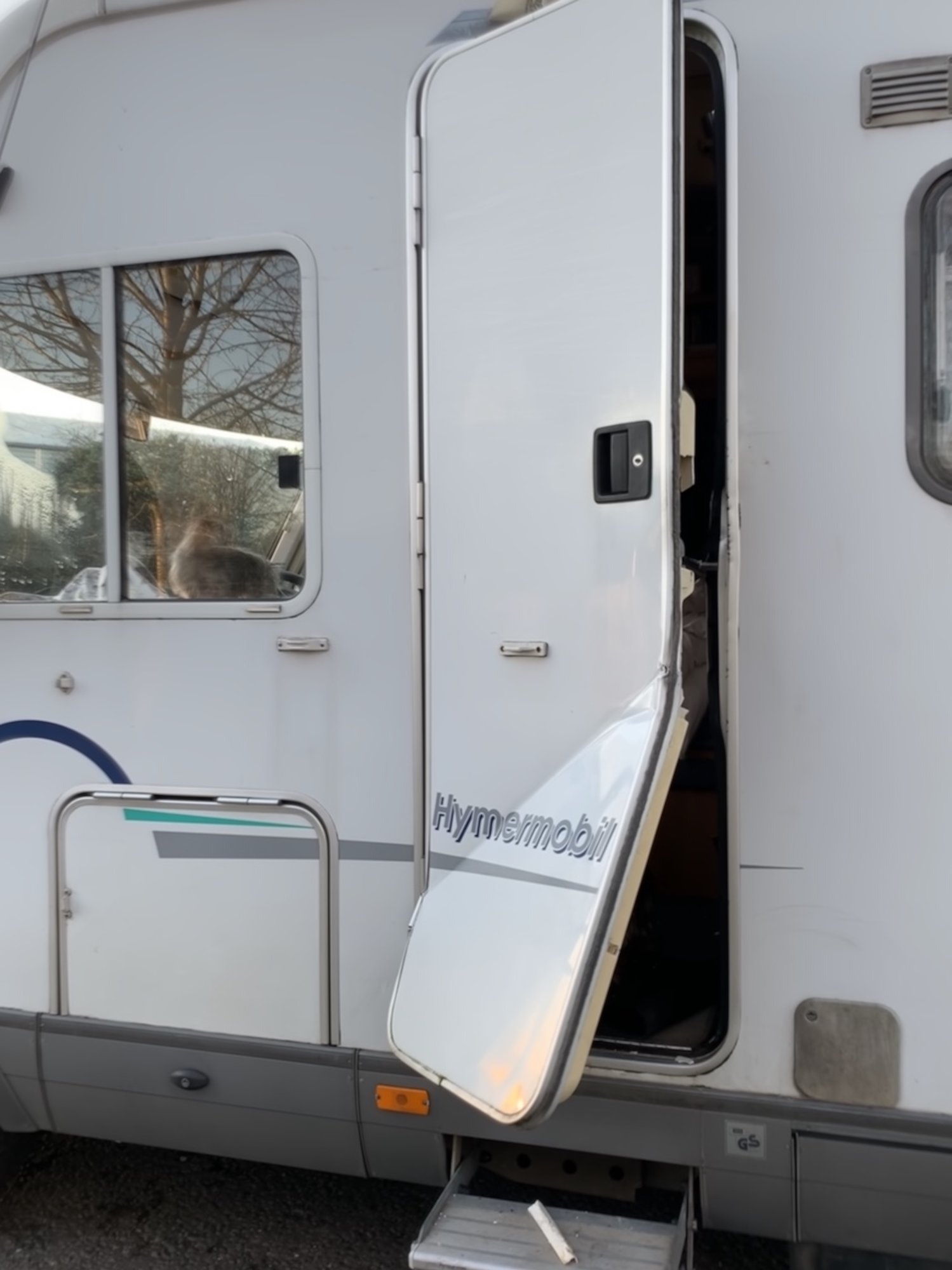 I think I would be looking to speak to an ombudsman about my options for compensation for loss of ( albeit...covid limited ..) use of even talking to someone a tv show like rip off Britain...
Ps. Your first post made me give an inappropriate remark about hope all good now! Sorry! The nightmare continues.

Yes I thought it might be a surprise to see I was no further forward. Who would have believed 20 months and nothing. I feel I have been patient but COVID or 20 is pushing it if feel

REC said:
I think I would be looking to speak to an ombudsman about my options for compensation for loss of ( albeit...covid limited ..) use of even talking to someone a tv show like rip off Britain...
Ps. Your first post made me give an inappropriate remark about hope all good now! Sorry! The nightmare continues.
Click to expand...

Don't know how these things work but ombudsman sounds like the way to go .
Almost 2 years without your van !
Looking at the big picture (not yours!) it is a , comparatively , minor problem . Quite incredible this hasn't been sorted

The major parts importer up the A1 spent over 6 months being very unhelpful. Eventually sent me a form in German asking for measurements. There was no way I was filling anything in let alone a German form and getting it wrong. They then said they could get the outer door skin but not the inside plastic door card. This just went on for months. They appeared more worried that the insurance company would go straight to Hymer and cut them out. Once reassured surprisingly they finally managed to order a door made to order.
since it has been in the hands of the garage, they have smashed off the near side wing mirror and where they taped up the door to transport it the tape has pulled off all the finish. Last time I went to see the van I noticed that the finish on the drivers side appears to be coming off. I moved a cushion on the seat to find the upholstery faded
It’s just going from bad to worse. The battery’s will be useless, they tyres will probably have flat areas and what’s it doing to the engine not being used

I would insist that the insurance company buy it from you. From what you say, they have basically written it off anyways by poor storage.

What a sad tale couldn,t a tempary repair have kept it on the road

The ombudsman is the way to go. You should now be able to demand the insurance pay out for your van with compensation for your hassle and lack of use. I think you would be better with that option. It won’t be the same van when or if you were to get it back. Good luck

After the initial stall of them not being able to sort it....
I would have made steps to get something long term temporary in place (as I said in the original post.... Glassonite/timber etc etc)
However now it's too late for that....
I'd be presenting before/after pictures/current pictures to your insurance company along with a (for now) polite letter asking what the hell they intend to do about it AND making noises about how long they have had it and the lack of progress let along the deterioration it's suffered at their hands....
Mentioning the insurance ombudsman/press/magazines/forums/
twitter etc etc.

Frankly I'd be looking at prices of equivalent vehicles incase they move towards writing it off....
Which IMHO might be a blessing as I doubt its going to feel the same for you even IF it came back immaculate.

Yes I’ve started looking at the price of equivalent vehicles. I think I will start a letter stating this to the insurance as the conversations over the phone appear to go nowhere. I started off with a named person dealing with it, then another and another and now I’m told it’s however answers the phone. I’m also on the second engineer so in all honesty no one really knows what is going on

The insurances are Aviva which I thought would have been reputable but obviously not. When the insurance ran out they asked me what I intended to to with the van. My reply was ‘ what are you intending to do as no one is going to insure it”

I was just thinking your Hymer is posher than mine, I just have a ladder to climb into bed

A very sad tale, I have seen your van before this and I cannot believe just a damaged habitation door would give you these problems, as already said contact the Ombudsman, there are Companies who make wider doors for disabled access, they would have been able to make one as good as the original.

I thought you were now fulltiming, if you are then how is that affecting you?

IMHO phone calls in a case like this are a waste of time. I speak with experience of having a run in with a pensions company after I retired. I eventually involved the pensions ombudsman and, surprise, surprise, the issue was resolved relatively quickly but the whole saga was very stressful.
You will need to create a document, as I did, which records everything that's happened, including broken promises, so far with times, dates and names. It's a PITA I know.
Maybe send this as a letter to Aviva stating what you want to happen and give them 14 days to reply. If nothing after that then it's time to go legal either via a solicitor or ombudsman.
Just a thought, why not have a chat with Citizens advice bureau.

I suggest the ombidsman is your best line of action.
Goven the delay further degradation of the vehicle. I think a write off may be best. The value of the vehicle before the break-in.
Together with
1 the increase in vehicle values.
2 all the costs etc caused by the storage
3 Two years loss of use .
Motorhome rental cpsts are very high
Others may well suggest more.
Indeed a refund of unused insurance.
Maybe an experienced solicitor and his/her fees to be added to the settlement.
AND all the stress !..£1000 ?
You could be suffering from PTSD ?

The time to take the gloves off passed many months ago! How you have managed to be so patient with all involved is beyond me.
We are going through the legal ombudsman against a solicitor [Newman Law] for malpractice and we are also going against a MH hire company [Yescapa] for theft.
Yes. it is a hard slog, yes, it is draining, yes, it a right pain in the buttocks, yes, it turns you into an angry miserable old bugger but the way I see it, if we allow such people to get away with it, they will just carry on screwing all and sundry.

Tezza When lockdown occurred we had to stay home as we still had the house we didn’t have a problem with that. Great staircase but takes up most of the interior of the van

The worst part appears to be that no one really seems to care about it. I need to start putting this into a written document. I should have made a note of the dates but who on earth would have thought it would come to this

Since Covid service seems to have become near non existent. Firstly I think that you need to make an official complaint in writing to the insurance company, if no joy there then the ombudsman.

Just a thought...could trading standards help? As it is a lack of service who h you paid for. If you speak to them, it gets logged and they can point you in the right direction for help. Make a record of dates, series of events before you speak to them. Even if not completely accurate, you will have a list of action taken ..(.or not) and promises made!
You must log in or register to reply here.