Bees in my roof

campervanannie said:
I have 100/200 in my garden not all the same

We had exactly the same in the soffit a couple of years ago. The guy we called out said that the were just bumble bees and harmless. He also said the they would move on next year. The cloud of bees buzzing around outside the nest were drones waiting to mate with the queen and once they had mated they were not allowed back in the nest again. They then died and there were quite a few dead bees on the floor below but all perfectly normal. We used to sit outside with a glass or two and watch them, quite entertaining really. They never bothered us and sure enough they have not returned since.

when we had bees in an old nest box on the wall and they came out to see about it the man from the council told us they don’t remove bees only wasps as bees just leave when ready to go.. so we left them and sure enough they just went..

It all depends on what type of bee they are. It is now the time for swarming. We had a swarm move into a empty hive 2 days ago. You don't want honey bees in your house or cavity they can cause a right mess and grow to be quite big colonies. Councils seem to believe that bees are protected, they are not protected. Contact your local bee keeping society there might be someone close by that will take them if they are honey bees. That's if they can get at them. There are around 270 types of bee in the UK. Ranging from solitary bees up to such as the honey bee which will have around 70,000 bees in a hive. 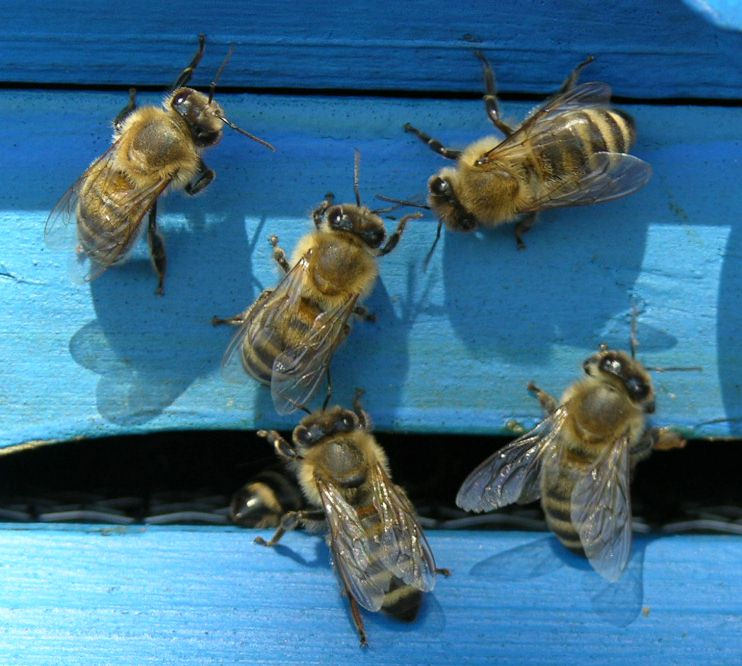 How about one of those sonic plug in things like you see advertised for mice / spiders / ants etc they would drive them away without harming them.

helen262 said:
Will they stay there for ever if not moved on or will they eventually go on their own ?
If they goon their own at some point then I will just wait until they have left then repair the soffit
Click to expand...

As an ex-beekeeper l would say if they are wasps and not actually causing a problem, leave them alone they will all be dead by November and do not return to old nests. If they are bees, they will overwinter and be active again next year. Is that really a problem?
You must log in or register to reply here.